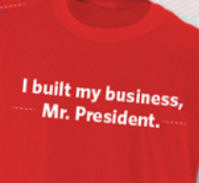 Romney pulls ahead…BO has really stepped into it with his “you didn’t build it” speech. Yes, it’s still a very tight race but, BO is such an ideologue he will absolutely do more damage to his campaign. Dems and Progs are out in force claiming “he didn’t say that”. Got news for them, we heard him loud and clear. It wasn’t so much what he said as the espousing of a philosophy putting government and the collective ahead of the individual. BO is really in big time trouble.

In the meantime Romney is making BO’s crony capitalism a central theme in his campaign. Just for the record, Romney should not be singled out to release any more than the required tax returns. Why don’t those whining the loudest release theirs too? Or how about BO releasing all those records he’s paid 2 million dollars to hide?

“[President Obama] thinks it’s his right to give taxpayer money to those who have supported him financially,” former Gov. John Sununu (R., N.H.) said Tuesday on a conference call hosted by the Romney campaign. “It’s insulting to hard-working entrepreneurs who really do create jobs.”………[snip]

“There’s never been more money shoved out of the government’s door in world history, and probably never will be again, than in the last few months and in the next 18 months,” Kaiser told members of the Tulsa Rotary Club. “And our selfish parochial goal is to get as much as it for Tulsa and Oklahoma as we possibly can.”….[snip]

“The short-run economic imperative was to identify as many campaign promises or high priority items that would spend out quickly and be inherently temporary,” Summers wrote. “The stimulus package is a key tool for advancing clean energy goals and fulfilling a number of campaign commitments.”

Just in case you haven’t found anything worth laughing at for the last few days; #ObamaKidsBooks are filled with “teachable moments” for our dear leader… favorites include, “One Fish,Two Fish, Your Fish Is My Fish…

Michelle is going to take on more prominence in BO’s campaign, “It Takes One” program.  MO wants everyone to do “just one thing” to help BO’s flailing,  lackluster, imploding, off teleprompter campaign. We all know how much she loves all the perks that come with being FLOTUS. She will “sacrifice” everything to retain that personal RV known to us peasants as Air Force Won Two, all those star studded “we don’t need an excuse to party” get togethers, the fabulous luxe paycayshuns and, last but not least, her “fashion icon” status with an adoring press. Yep, the BO campaign is getting very desperate or MO would not be agreeing to this enlarged schedule to try and keep him in office.

The Obama campaign said Mrs. Obama would lead the “It Takes One” effort, which will include digital, paid media and grassroots organizing. Campaign officials said Mrs. Obama would be the face of the effort and personally participate in many It Takes One events as she travels the country, recruiting neighborhood team leaders, speaking to groups of women to ask them to volunteer and stopping by voter registration events.

That represents a significant increase in the first lady’s role in the campaign. Already, she has been traveling the country to raise money for the campaign, and making appearances at rallies designed to energize volunteers and supporters.

Weekly jobless claims are up according to the Labor Dept.,

Initial claims for state unemployment benefits
increased 34,000 to a seasonally adjusted 386,000, the Labor Department said on
Thursday. The prior week’s figure was revised up to 352,000 from the previously
reported 350,000. 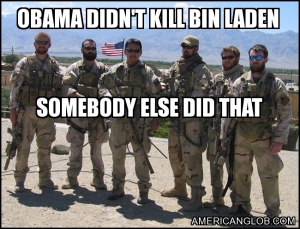 h/t to Annie’s Mom for the pic