Dana Perino summed it up in one Tweet!  That statement perfectly describes the BO outlook on every single policy, both domestic and foreign.

Leading from behind gave the Crimea to Putin, 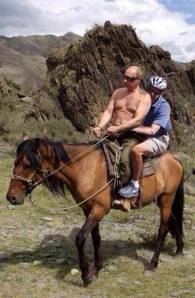 Russian tanks moving into the Ukraine now. In the eastern city of Donetsk, friends and neighbors have transformed into enemies, and people on both sides of the conflict worry that there’s no way out from a slide to civil war. 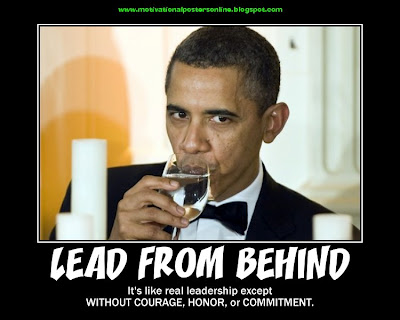 The only commitment BO has made is to his “legacy”, which occupies his every waking moment.

This president has made it clear, however, that his vision stops at his legacy and that legacy is reflected only by the image he sees every day in the mirror.

Courage consists of lying with a straight face and, getting caught every single time as he bungles everything… IRS, Benghazi, border security, Iraq, Syria, VA, economic recovery, Obamacare…the list is a long one. He has no “honor”, Benghazi and his “red lines” prove that without a doubt. 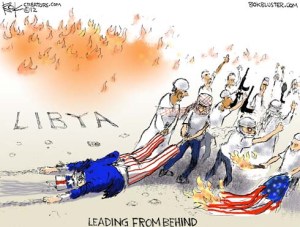 Massive failure. Is it any wonder no one trusts him? Not even the majority of Americans.

…And now he has no choice but to re-engage “Bush’s war,” too, thanks to his administration’s abject failure to carry out his own stated Iraq policy. Unpopularity is perhaps the only thing Obama can’t claim to have inherited from his predecessor.  No, he’s earned this all by himself (via Dan Doherty).

So, ignoring what has been happening in Iraq is considered “strong leadership”?  If Al Qaeda is “decimated”, as BO has stated time and time again, who are the Islamists fighting in every single country in the ME? His boneheaded ideas have led us to an increasingly violent and unstable world. Talk about being “all over the map” and “reckless”, that is BO.

When Obama And Romney Argued About Iraq And Russia

So, what — what we need to do with respect to the Middle East is strong, steady leadership, not wrong and reckless leadership that is all over the map. And unfortunately, that’s the kind of opinions that you’ve offered throughout this campaign, and it is not a recipe for American strength, or keeping America safe over the long haul. [snip]

What I would not have had done was left 10,000 troops in Iraq that would tie us down. And that certainly would not help us in the Middle East.

Maybe the BO Administration can do more of that “#hashtag diplomacy” that has worked so well. Since we are just misunderstanders of Islam how about #hug a jihadist today.