“We will redouble our vigilance”

Now he’s asking us to remember that during the Christian Crusades there were a lot of terrible things done in the name of religion. He has to go back that far, to 1095, to find an equivalency to the Muslim extremists of the 21st century? Pretty pathetic that he tries, just like the Islamists, to paint a picture of the Christian west with as ugly a brush as possible. In the mean time, Islamists are committing genocide in the ME and Africa, raping little girls, enslaving them and the women, doing their best to wipe out every single minority faith, beheading, crucifying and burying little boys alive. But, at the National Prayer Breakfast he protects the savages of Islam by equating them with the Crusades. His Islamic upbringing is showing and it’s pretty ugly on the face of it.

We have a UN Ambassador, Samantha Powers, who has won Pulitzer Prizes for her books concerning genocide. Where is she? Where is her voice in the wake of the genocide in the Sudan, or in the ME or for that matter Africa. Boko Haram kills 2,000 villagers and we don’t hear a damned thing from BO or Powers. ISIS (ISIL) commits genocide in Iraq and Syria and again, nothing. While children are being mass murdered our PC government sits on their hands, says nothing except “we will double our vigilance”. How sick and perverted is that and, what does it even mean? Does it mean the US will keep watching as they behead our citizens and burn people alive (just like Mohammed did)? Will his all important Iranian deal let him overlook the mass murdering of children for the sake of his legacy (just like Mohammed did)?

Turkey won’t enter the fray and the UAE has dropped out of BO’s “coalition”. The reason is perfectly clear, Assad of Syria (Iran’s lapdog) will stay in power through the “Iran Deal”. His deal with Iran is another North Korea in the making. He refuses to arm the Kurds, don’t want to upset Turkey more than he has, and arming the Sunnis fighting against ISIS (ISIL) will upset the Iranians who will then walk out on the Faux Deal. So the savagery continues for the sake of BO’s “legacy”. It’s all about him, always has been.

The civilized world is not obligated to sacrifice precious lives, even for a profoundly moral cause.  We are not infinitely powerful.  But we have an elementary right and duty to tell the truth, and to act on it when we can.  Obama’s abandonment of millions and millions of people is a cruel defeat for elementary morality.  Those who don’t get that are sociopaths, and those who twist it are liars.  Abandoning Afghanistan is not, as the delusional left will say, some sort of victory.  The rise of barbarian sadistic regimes, those who routinely oppress all women and girls because they can, is not – repeat: not – a wonderful moral victory.

All of this is the result of BO’s foreign policy and his micromanagement of the Defense Dept. No one trusts him, no one believes anything he says. 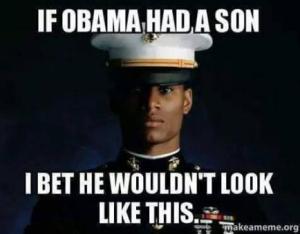