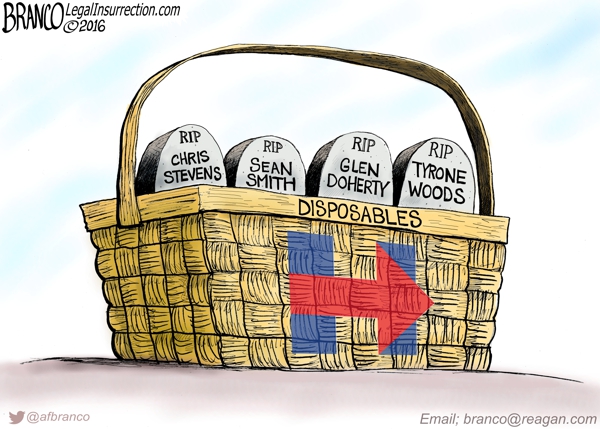 The media keep telling anyone who will listen that Trumps’ “Deplorables” are uneducated blue collar types, disgruntled homophobes, bigots, Islamophobic, degenerates filled with paranoia.. Never has the media or the Democrat Party been more unaware of reality. Let’s face the one fact the media doesn’t want to report, the people being called deplorable are fed up with candidates who want to maintain the status quo. They are fed up with being treated as if they are disposable, their jobs taken from them through government regulations and the callous attitude of the elite politicians who never listen to the  voters who have put them into their offices in the first place. They are fed up with crony capitalism,  Congressional insider trading (which should be against the law but, is exempted) and the “we know better so just shut up crowd” on the Hill. They are fed up with being called names like “racist” when the policies of a black President doesn’t include them and makes their lives less pleasant (Obamacare) or accused of being sexist if they refuse to vote for a female (Clinton) because her policies go too far to the left (open borders and amnesty).  They are fed up with the middle class being sucked dry by taxes and inflation caused by over regulation (energy sector) and soaring food prices (EPA and Dept. of Interior)and losing their jobs to H-1b workers.  By attacking the voters, both Obama (you blacks better vote for Hillary to seal his legacy) and Hillary stepped way over the line. They both play a dangerous game with our lives by using victimhood as a reason to vote for Hillary making divisive statements and pandering.

We are definitely in need of major immigration reform starting with the H-1b visa program. Middle class losing their employment to too many foreign workers. It needs to be reined in and quickly.

She hates us. We are deplorable. We are irredeemable. And so neither she nor her loyal minions have any self-imposed moral limits on what they may do to us to ensure that we are utterly crushed. Take away our rights? Strip away our livelihoods? Prevent our participation in our own governance? It’s open season on us, all because she hates us.

Except real Americans don’t react well to being told to shut up and slink away while the elite decides how things are going to be.

We’ve seen the mess Clinton and Obama have made of the ME  and some African states (Libya) and that great Russian reset. We know the lies coming out concerning the Iran nuclear deal. We know what abject failures their policies have been all over the world. We know Clinton wants open borders and has said Obama’s executive edicts haven’t gone far enough. We know she’s for tax hikes and, it won’t be the rich who get soaked. Four years of Clinton in the White House will be nothing more than a psychodrama which we will all be dragged into whether we like it or not.

Update: Clinton calls herself the “Senator of Punjab” too. Says “Americans are unemployable”

Can’t admit to any of their failed foreign policies. White House holds up bi-partisan bill to sanction Assad. Dems crater even though the bill was introduced by one of them, Rep Engle of NY